The Arctic char (Salvelinus alpinus Linnaeus) is present in North America in both the anadromous (seagoing) and the nonanadromous (freshwater resident) forms. 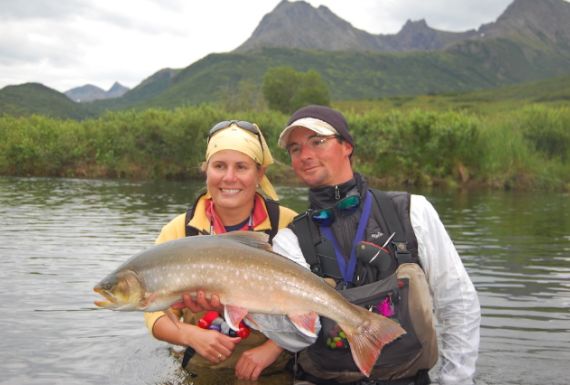 It is distributed throughout the polar regions and is the most northerly distributed of char and its closely related cousin, the Dolly Varden (Salvelinus malma Walbaum). Like all chars, Arctic char have light colored spots on a dark background. The entire body may become golden or orange. Spawning colors are more exaggerated in males than in females.

The largest Arctic char in Alaska probably occur in some of Bristol Bay's large lakes, where good fishing can be had from late May through early October when these fish congregate to feed on salmon smolt as they move toward the sea. The spring time Char fisherman experience a unique fishing environment, similar to that of salt-water fishing. Meaning Char “ball up” on certain areas to feast on migrating salmon smolt that are going out to sea for the first time. Sea gulls and Arctic turns also arrive at the same fish grounds. Often diving and chirping in excitement as these rafts of salmon smolt drift down river. Then suddenly, the water begins to boil on the surface with the Char attacking from underneath and the Arctic tern diving from the air! As all of this is happening at the same time, your guide is yelling “cast….cast into the ball”! It’s great fun.

We offer some of the best Char fishing in the world. The numbers of fish caught during certain times of the year is truly unbelievable! I’m not kidding when I say anglers arms are so tired and sore after fighting these fish, that our in-house massage therapist offer a “char fisherman’s message”. Specifically targeting the anglers sore muscles! Pound for pound, Char are one of the greatest fighting sport fish in Alaska. We probably break more rods fighting Arctic Char than any other fish!

Chasing these fish in Alaska takes us to some of the most beautiful and remote parts of the state. If you like to boat fish or wade fish, we offer it all. From small streams to big rushing rivers. Even remote mountain lakes SO beautiful, the fishing quickly becomes the second priority on arriving at your fishing grounds. We always say “Don’t forget your camera!” The somewhat “nuclear” coloration of the male Char in the fall will never be forgotten by the observer. To put it simply, these fish are gorgeous! 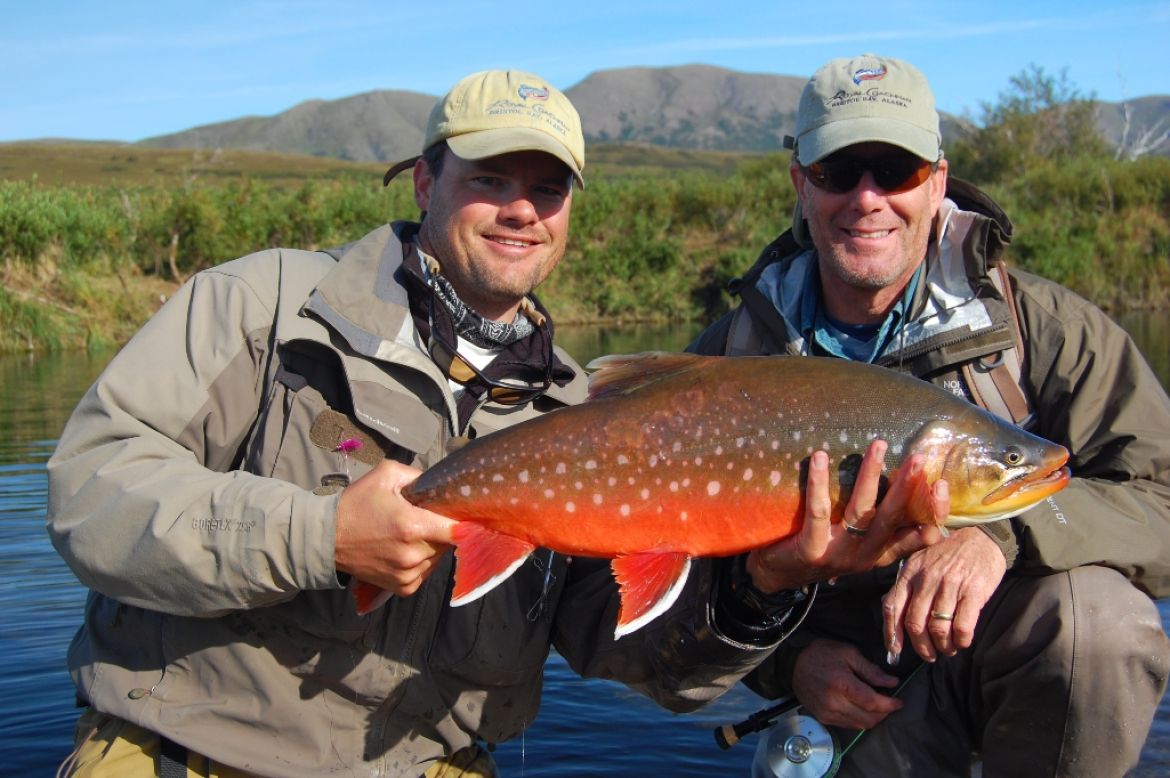